Join Our Newsletter
Shop Our Store
MAIN MENUMAIN MENU
By Matthew Maruster on October 17, 2022 in DGU

Memphis Police Department (MPD) investigated a shooting that resulted in the death of a repair man. Unfortunately, we don’t know specifics of the shooting. However, police confirmed an interesting connection between the shooter and deceased, that we should pay attention to. 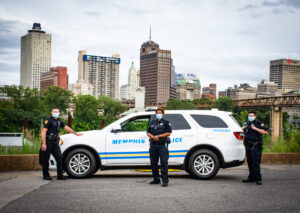 According to Memphis Police, officers with the department responded to a residence in the 3000 block of Goodwyn Circle. Upon arriving, officers found two men, one of which was deceased from apparent gunshot wound(s). MPD detained the shooter and determined he was the homeowner.

The investigation determined the deceased was a repairman who performed work at the residence on an earlier date. News reports didn’t state if the homeowner recognized the repairman or not.

MPD submitted the results of their investigation to the District Attorney General (DAG), who determined the homeowner acted in self-defense and his use of deadly force was lawful. At the time of publishing, the DAG is not pursuing charges against the homeowner for the homicide of the repairman.

**UPDATE**
The investigation revealed that the known deceased male suspect who entered the residence had recently done repair work there.
All evidence was presented to the DAG’s office, which determined this was an instance of justifiable use of deadly force in self-defense. https://t.co/Ei4wQvfJiQ

Inviting a Starger Into Your Home —

Typically, I don’t write posts on defensive gun use news stories like this one that are so light on details. However, that the person shot was a worker who previously worked at the house is important.

It’s likely you will eventually need to allow someone to come into your home to work. So who is the stranger coming into your home?

Business owners aren’t required and don’t usually run background checks on their employees. Even if they did, a background check isn’t an indicator of who is going to commit a crime. No news articles reported if the deceased worker in this incident had a criminal history or not. 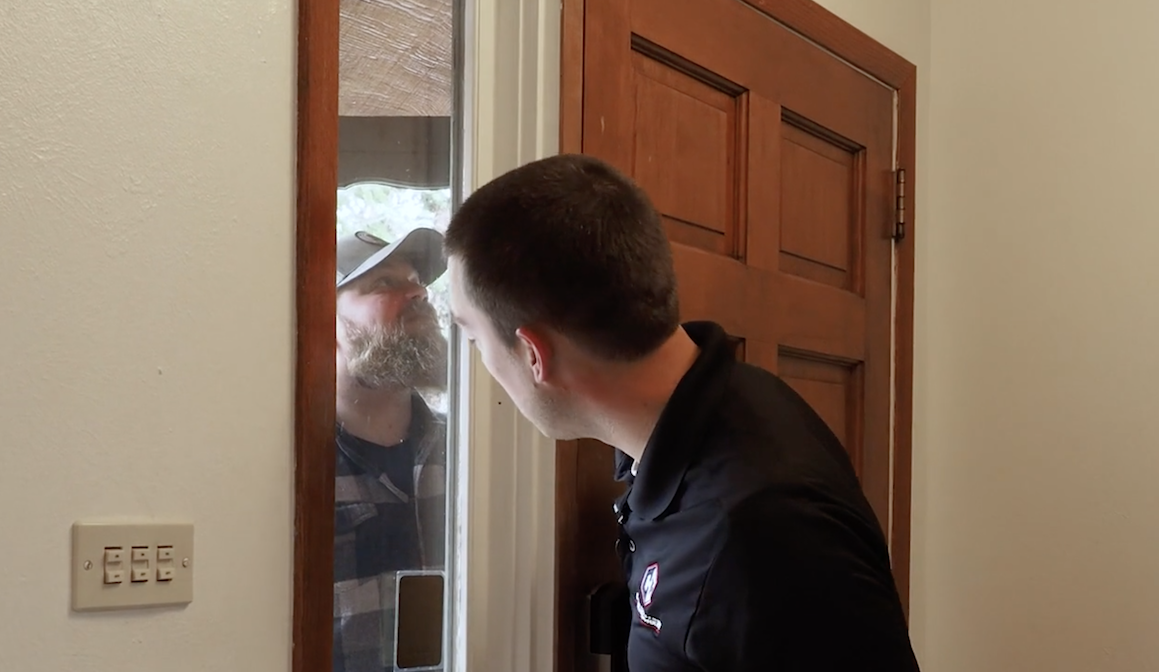 Here are a few considerations I make when I have workers inside my home. You may find some of these ideas work for your specific circumstances.

When scheduling, ask for the name(s) of the worker(s) you should expect at your home.

Especially if you’re a woman or elderly, consider asking a friend to come over when the worker(s) are there.

If you don’t regularly carry concealed inside your home, do so whenever there are workers inside your home. I’ve only had to throw one worker out of my home, and he became verbally aggressive when I did. The situation didn’t require force, but had it escalated, I was carrying my everyday carry gun (EDC) as I usually do.

Put away what you can and lock up or put away small items such as jewelry, watches, cash, small electronics, checkbook, wallet, purse or expensive collectables.

When they arrive, introduce yourself and ask them for their names.

Ask the workers which rooms or areas of the home they will need to access. Ask if there will be more workers coming so you know what to expect. I always offer the person something like coffee or water. Not only is it showing hospitality, but it also gives me the opportunity to start a conversation that can help me read the person a bit.

Stay with the worker as much as possible. It might not be possible in every instance, but you should stay with the worker. I limit the awkwardness by talking to the person. I’m sure some of them wished I would go away, but more often than not, it was a great conversation. I’ve talked about sports, their background and have used the opportunity to share the gospel.

If you have young children, consider keeping them in another area of the home. Don’t allow a worker to enter a child’s bedroom without you present, even if the child is not in the room. There are some people who have unnatural desires toward children and may take items belonging to the child. They may subtly take a photo of your child or, if left alone with the child, do something sexual to, or in front of, the child. 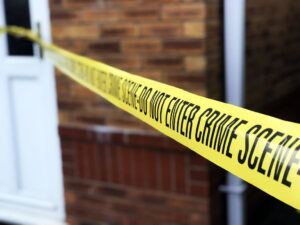 Check the area(s) the workers were in before they leave. You may not be able to stay in the same room at all times, so before they leave, ask them to show you the completed work. Look around and see if anything seems out of place that shouldn’t be. Ask them if they will need to return at a later time or date.

Is there anything missing, or does anything look out of place? Did they leave something behind? If they forgot tools, expect them to be back. Consider calling them or the office, so they can come right away to get their tools.

While it’s unlikely in a residential home, there are many instances of apartment superintendents leaving hidden recording devices in tenants’ apartments. Just do your due diligence to check the areas the worker(s) had access to.

Hopefully, this story will get you thinking about your security measures for when you have workers inside your home. Incorporate this mindset in with your standard home security plan, and your family will be safer for it. If you haven’t thought about a home safety plan, check out this course called Complete Home Defense: Tactics for Defending Your Castle. 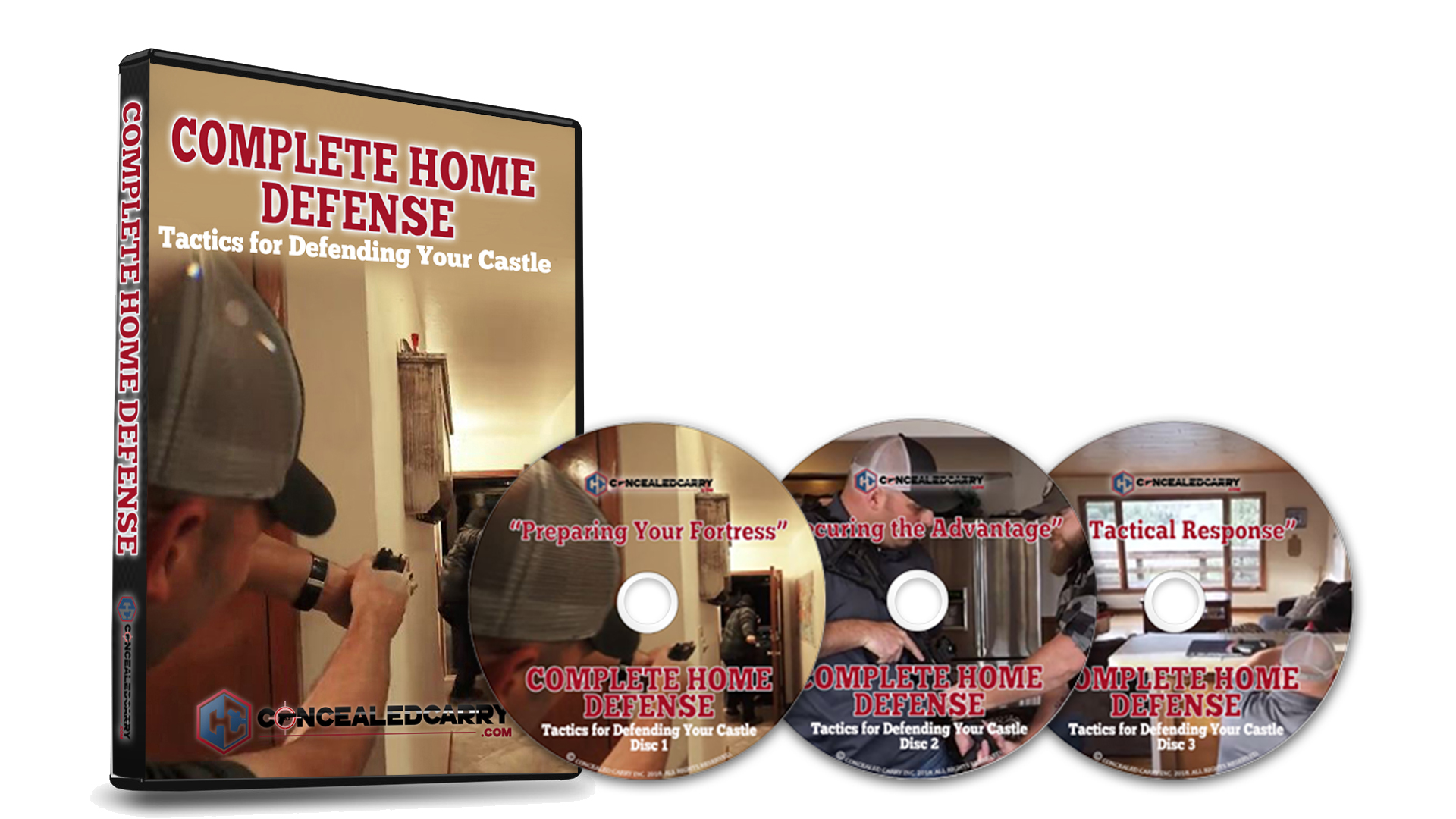