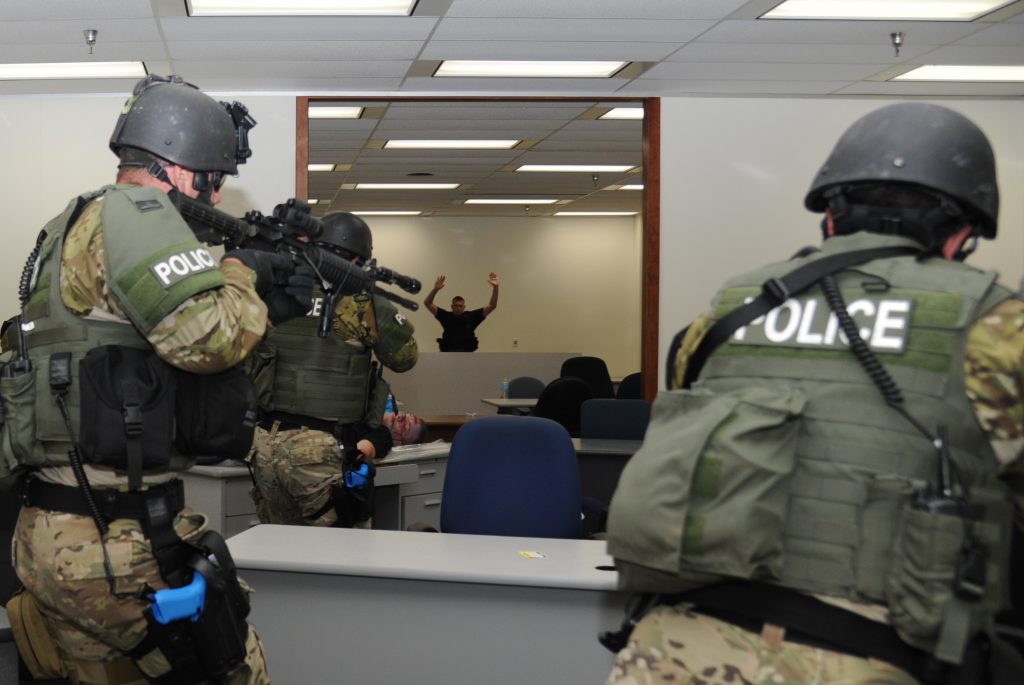 “It’s a citizen, a concealed-carry permit holder that saw a threat, eliminated that threat and stood by until law enforcement arrived and did a really good job,” Sullivan County Sheriff Jeff Cassidy told reporters.

According to Sheriff Cassidy, 63-year-old Harry Weaver went to where his wife worked at David A. Guy Dentistry in Colonial Heights on Wednesday morning. He walked in the back door of the medical facility and fatally shot his wife who was employed there.

Larry Seagroves, who was in the dentist’s office for treatment and armed with a legally concealed handgun, drew his weapon and shot Weaver several times, then held him at gun point until police agencies with “dozens” of officers swept in to secure the scene.

The victim was transported by medics but died at the hospital of her injuries.

“I’m not sure if the suspect’s injuries are life-threatening or not life-threatening at this time, but I do know that he is still at the hospital,” Capt. Andy Seabolt of the Sullivan County Sheriff’s Office

Nearby Colonial Heights Middle School was locked down by Sullivan County School officials because of the shooting.

According to Timesnews, detectives interviewed staff and patients who witnessed the attack including one person wearing blood covered scrubs. They determined Seagroves not only acted within the law when he shot Weaver,

Weaver, a school bus driver, and his wife, 52-year-old Kelly Weaver, were going through the process of filing for divorce. He had no prior criminal record before the shooting but now is charged with first-degree murder, and 3 counts of aggravated assault.

The armed citizen never knows when they will be called upon to defend themselves and others. Even while at the dentist for a checkup. Is your holster on the Top 21 Concealed Carry Holster list? If not you deserve better.

What do you think of this shooting at the dentist? Leave a comment below to let me know.